Inside Look at Powder Puff 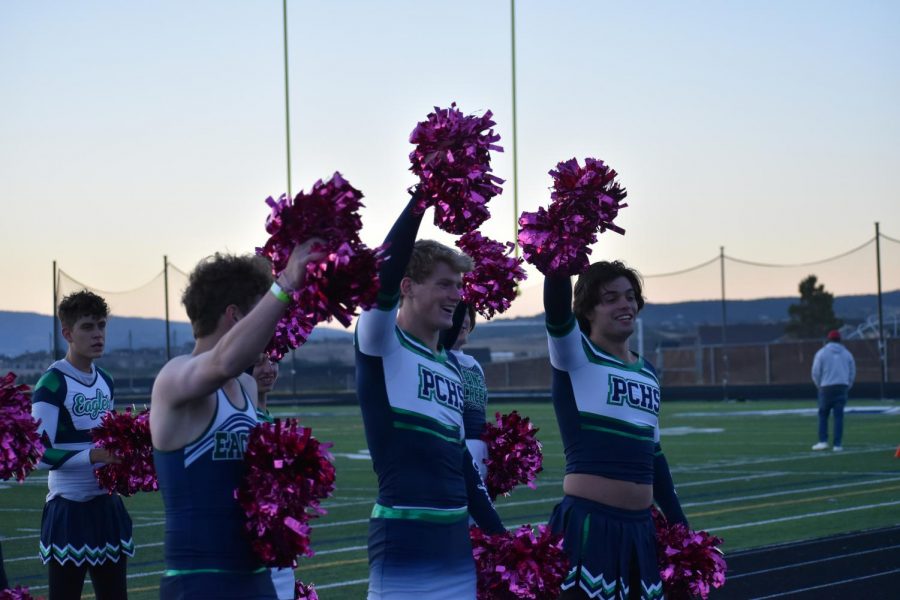 They did not lose a bet– Seniors Aiden Carlos, Aiden Stafford, Trevor Ogden, Sam Riley actually volunteered to be the cheerleaders at the September 21st Powder Puff game. Ogden said they decided to do Powder Puff on a whim. “Me and Sam were in the office, we saw these forms, and just decided to sign it.” The most frequently asked question: are the cheerleading outfits comfortable? All four cheerleaders simultaneously said “Not at all!”  While the boys cheered during the Powder Puff game, girls played football, an

The attendees of the Powder Puff After Party all had about the same opinion on the cancellation of the Bonfire due to fire bans in El Paso County. “I think it’s sad that we couldn’t have the bonfire, but I still think it’s cool how we were able to hit the piñata and have people still come out and support our events.” said Gavin Whetzal (12). 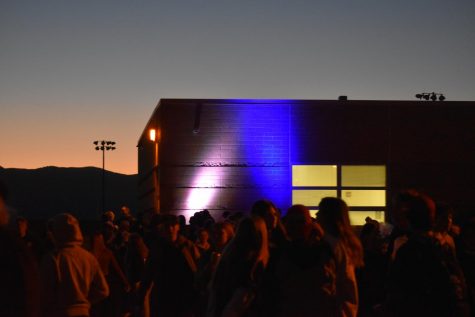 In particular, Paul Dickson, a senior member of student council, claimed that “It’s a lot like life, you get faced with circumstances, you have expectations that aren’t met, and as student council, we got met with a negative circumstance. But you know, we could have whined about it, we could have been like ‘Oh, let’s just cancel it’, but we have a good group of kids here this year, and we really wanted to do something, you know, different. We saw it as a new way to make the afterparty of the powder puff game super sick. It’s just a new obstacle.”