Technology Transition, A Change for the Better? 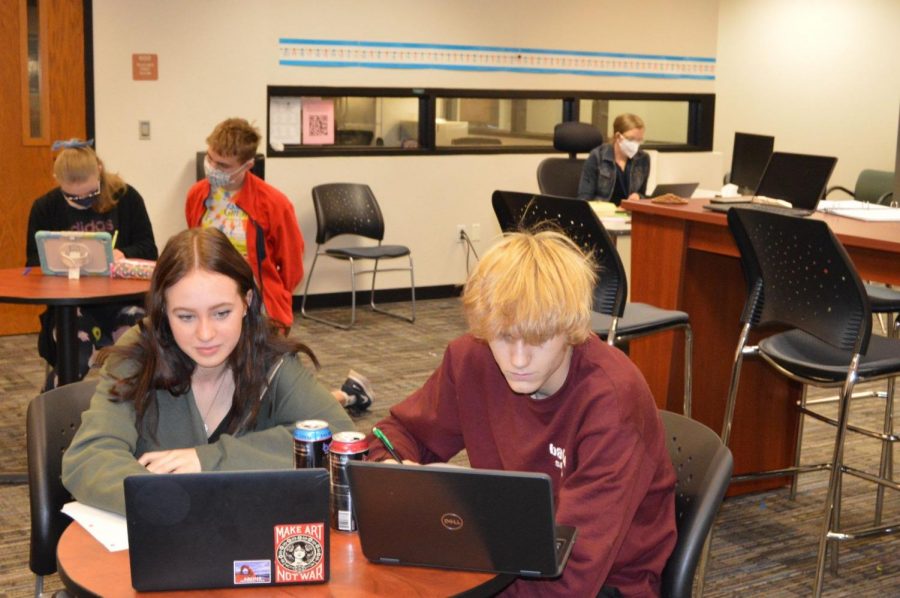 Students use computers in the PAL lab to complete assignments.

At the start of the 2021-2022 school year, the district implemented a change in the 1-1 devices policy, replacing the iPads with new Dell laptops. The revamping of technology sparked a fire of mixed emotions. Some students supported the change,  while others were opposed to it. thus creating Pine Creek’s own ‘digital divide’.

The district made the change so all schools would possess the same device. District Technology Technician, Bill Hill,  stated how inexpensive the parts for the laptops were in relation to those on the iPads. Hill said that though iPads are cheaper in general when it comes to purchasing what is needed to repair the device, the laptops are more cost-efficient. Surveys of students confirmed that iPads are more popular than laptops, however, the majority of students enjoy the luxury of having a keyboard embedded in the device. Students despised how restricted the laptops are compared to iPads. They cited their inability to use certain websites or programs, and restrictions to only access what the district mandates.

Sophomore Colton Miller stands behind iPads. He states, “notability was a lot easier to use than Kami.” Miller feels more comfortable with iPads not only because he’s gotten used to them, but also how much easier they are to operate.  Sophomore Sonia Florek finds the transition from iPads to laptops positive. She finds it comfortable and more professional. Sonya also finds having a keyboard a big advantage.

Teachers also had to transition their lessons to accommodate the technology. Science teacher Wendy Anderson said, “I wasn’t ready for the transition; it changed the outline of projects I had planned throughout the school year, limiting the resources the students originally used. I  find the keyboard useful but  iPads had more access to a variety of  resources which were more personalized, unlike laptops which restricted students to curtain programs and websites.”

Overall, if students had a choice to either stay with laptops or revert to iPads, the majority would go back to iPads.