E-Hall Passes: A Key To Consistency 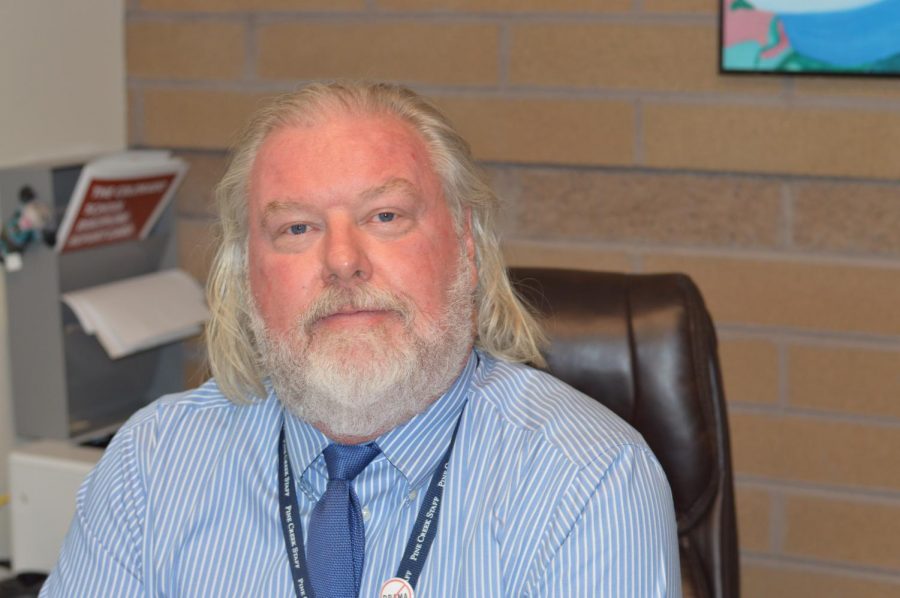 Like most things in life, consistency is key. E-hall passes are intended to keep things consistent, such as appointments, and knowing who’s in and out of class.

During the 2018-2019 school year, online hall passes began to be utilized instead of physical passes, and it was an adjustment for students and teachers alike. “It took a bit to learn, and to get to know the system, how to put [passes] in, and how to find where kids are going, or to work the system. But I think it’s a good system, once you get to know it,” Dean of Students, Brian Martin, said.

E-hall passes are a new experience for most new students, and most feel that they are annoying and cumbersome. Students think it was simpler when you could sign your name and go where you needed to. Freshman Charlotte Gates says, “I do not like E-hall passes because it’s annoying. If you really need to go to the bathroom bad, you have to fill it out [the pass] and then you kind of have to rush… because it’s timing, and you shouldn’t have to rush or anything. And I would rather just be able to go because we’re high schoolers and I know we don’t seem that responsible, but we can be.”

The enforcement of E-Hall Passes falls to the deans, especially Dean Martin. Martin says, “I think it’s the best way to be consistent. I’ve seen a lot of things throughout my time in education, and even when I was in high school, teachers would give big lumps of something for kids carry it around [as passes]. So, it was very inconsistent. [E-hall pass] keeps everything consistent, and it’s nice to have all passes in one place, I think it’s a very good system.”

Another benefit to E-Hall Passes is that it can help stop the spread of germs. Using your own laptop or phone is much cleaner than the whole class sharing a single, physical pass. Eliminating physical passes also deters the spread of COVID, so the implementation of this system was very timely.

E-hall passes have not lessened or stopped the flow of kids skipping class however, Martin said: “I don’t think skipping has much to do with passes. In general, I think that when students aren’t going to go to school or aren’t going to go to class they just don’t show up. It’s not whether they have a pass or not.”

Another reason that E-hall passes are helpful, is COVID-19 contact tracing. If a student tests positive for Covid, administrators need to know where they were, who they were with for how long, and how close they were to each other. You can’t do that with regular passes.

Would the school ever consider going back to paper passes? “I would hope not. I think that the big thing is the consistency. I’m a big fan of using less resources if we can. So, everything that we can do on the computer to avoid using paper I’m all for,” said Martin.