Oktoberfest: A Time for Community 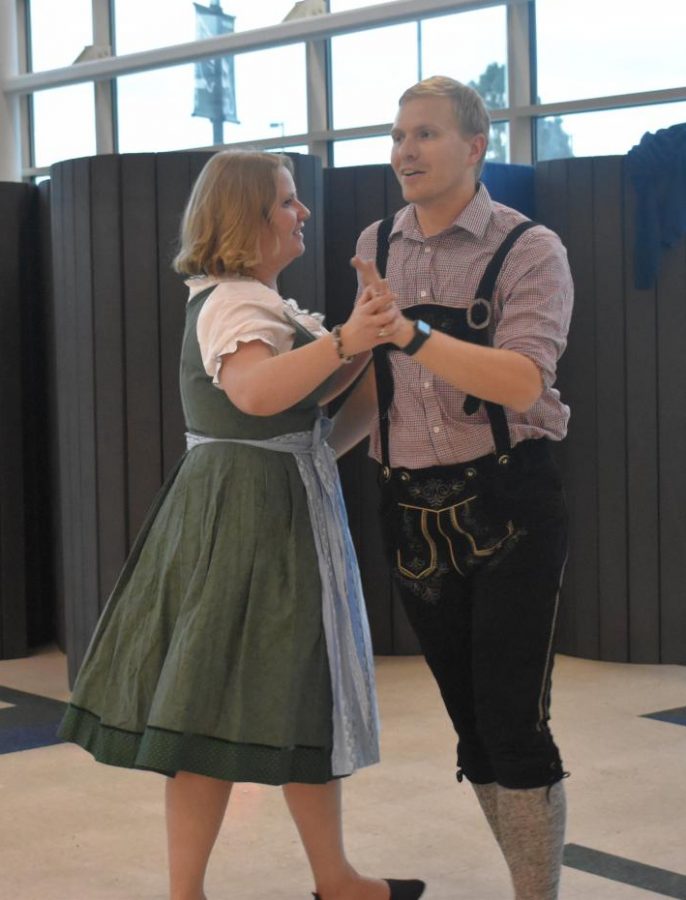 Herr Frie and his wife demonstrate a traditional Bavarian dance at the Oktoberfest celebration held on October 1. 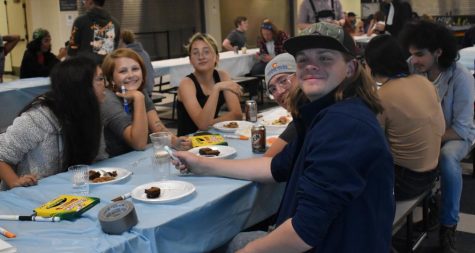 Oktoberfest has been celebrated throughout the world as a way to gather as a community and create connections. Nathan Frie, Pine Creek’s new German teacher, hosted this year’s Oktoberfest on October 1  to “build community, and to get to know your neighbor.” Organized by the German National Honor Society and attended by Klub Deutch members, students were able to relax, enjoy some food and learn more about a traditional Oktoberfest celebration.

The Octoberfest menu featured various traditional German foods, such as bratwurst, potato salad, brownies, and pretzels. Attendees were able to socialize and connect through various activities.

Herr Frie taught a famous Bavarian dance similar to the chicken dance. The pretzel race involved balancing a pretzel on a partner’s spoon and relaying the pretzel across the room. If their pretzel fell, students had to start over in the race. Another activity was a contest to hold a pitcher of water for as long as possible. Sophomore Remzi Revia said, “Holding the pitcher was more of a physical challenge than a mental one, I was able to hold the pitcher for about a minute.”  The contest is known as Masskrugstemmen in Germany and is traditionally a beer stein holding competition.

The most important part of Oktoberfest was the opportunity to create connections in the community, get to know your neighbors, and have a good time.